With social media evolving and changing quicker than you can blink, it can be hard at times to follow all the updates and enhancements. 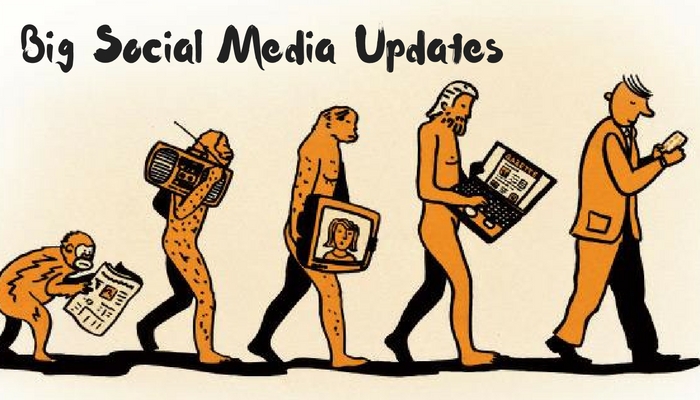 While some updates are minor and others show up on your pages organically, there are two pretty big ones that are now available, or will be in the very near future that you for sure will want to be aware of.

For the first time, hashtags are now recognizable on the world’s biggest professional social network! Hashtags (#) included in your posts (or others) are now clickable and lead to search results so that you can discover other posts with the same hashtag. Similar to Twitter, Instagram and Facebook, you can add a hashtag to your post and it will be automatically available publicly. You can also make it visible to your connections only by updating your sharing settings. In addition, you can now do a search for a hashtag in the search bar and see all public posts that are tagged with it.

What makes this really big is that now for the first time you don’t have to join in conversations in groups and with people you are connected with. You have the ability to engage with others that are talking about topics you are interested in based on a common hashtag. That could lead to new connections and perhaps even new business! You should note though that currently, enabled search by hashtags is only available on LinkedIn’s mobile app. They do though have plans to bring it to desktop in the near future.

(2) Twitter Character Count Is About To Become More User Friendly.

After 10 plus years of having 140 characters and only 140 characters in “real estate” when composing a Tweet, Twitter is making a big update. In the near future, photos, GIFs and videos will no longer contribute to characters in your Tweets. That means you get another 20 plus characters to use for text if you include multimedia with your Tweet. – (Which you should be doing already).

There is nothing more annoying then trying to compose a Tweet and adding a photo, which makes the Tweets a few characters over. You have to reword the Tweet or else the sentence will get cutoff perhaps even mid word. Now you will be able to have that full 140 characters to work with and include something visual with it. Quote Tweets and URLs will continue to take up characters though and won’t work the same as visuals.