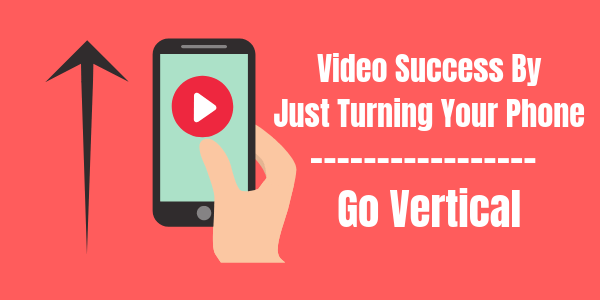 As we all have heard, it’s all about video with social media these days. Video gets algorithm preference, video gets views and video gets watched when it comes to putting out content on the biggest social networks such as Facebook, and Instagram. 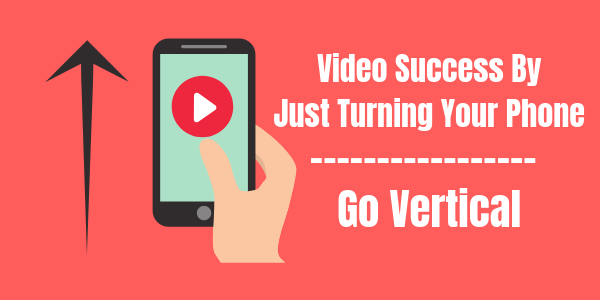 But did you know there is a big difference in shooting video in horizontal mode compared to vertical? Not just the physical difference but also a lot of other differences digital marketers need and should know:

1 – Just 30 percent of users that watch a video on their phone will actually turn it sideways when being served a horizontally oriented video. That means 70 percent aren’t or if they are, they are watching it lopsided.

2 – Users that were served a horizontal video ad on their mobile device watched only 14 percent of it. In contrast, video ads that were presented vertically were watched from beginning to end 90 percent of the time.

3 – All major social media video sites including YouTube, Instagram, Facebook and Snapchat play vertical videos automatically at full screen meaning there are no bars on either side of the video.

With smartphone users holding their phones vertically 94% percent of the time, it may just be because of laziness that people don’t turn their phone sideways.

While horizontal video format isn’t going anywhere and for some types of video, it is still preferred, don’t overlook going vertical.

To learn more about creating vertical videos for your business or brand and for suggestions on good uses of utilizing the vertical format, contact The Interactive Imprint at 954-254-1650 or visit TheInteractiveImprint.com.